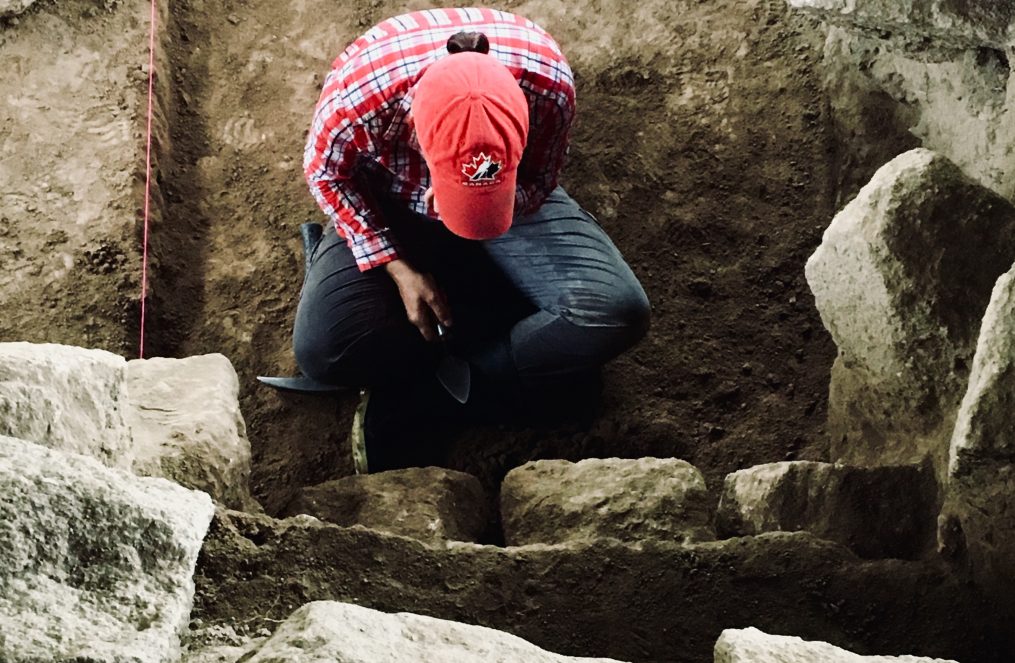 We are officially up and running in Belize after almost three long years! Where to start? This past week (and a half) has been all about preparation for the field:

Meaghan and Shawn cleaned out our storage and set up our field lab at camp. After all this time away, we were concerned about the status of our gear. Had it all survived? Mould and mildew. Dry rot. Corrosion. Critters! None were wanted. All were suspected. We were vigilant for the many tarantulas, scorpions, roaches, termites, and rodents that we had assumed would have made our gear home, but none were to be seen. The reason became apparent in short order; we had ants! While they were a little annoying, they didn’t hurt the equipment and were easily moved out (important, as Matt, one of our graduate students, would soon be moving in). In the end, most of the equipment survived our absence. The total cost of our time away? Three pairs of boots. One pair of runners. Two camera lenses (mould) and two camera LCD screens (functional but not 100 %). Not bad!

Fundamentally, archaeological fieldwork is about relationships. Just as we were concerned about the state of our equipment after our absence, we were worried about the status of our relationships and the well-being of our friends and colleagues. While nobody escaped the last few years unscathed, the dominant sentiment was hopeful and optimistic. This past week, we spent some quality time renewing ties (and creating new ones) in Maya Mopan, Maya Centre, and Cayo. With them, we planned additional details for this season. We also had a surprise visitor from NCALM (the National Center for Airborne Laser Mapping) in Houston, USA. They spent the night with us at Nuuk Che’il in advance of re-flying our 2019 lidar survey at the site of Pearce to capture some missing details.

Most importantly, Ms. Aurora and Mr. Ernesto Saqui, our hosts and friends, conducted a blessing for our season of research at Alabama and the flight over Pearce. From the departed ancestors and local spirits, they asked for permission and aid to help ensure a successful season, for the safety of our entire team and that of the communities of the region affected by our activities.

Sometimes fun can be serious business! As this is planting season, we were fortunate to be invited to participate in the “corn game” with the friends and family of the Saquis. The game results are used for divining the outcome of the harvest and the timing of rains. While Shawn was on the losing team, the results were deemed auspicious for our hosts.

On Friday, to wrap up the week, we visited our colleagues at the Institute of Archaeology—Dr. Melissa Badillo (Interim Director) and Dr. John Morris (Research Director)—and picked up our official permit for the 2022 season. We also handed in the report of our 2019 season, which you can read here.

On Saturday, we picked up our second rental vehicle and drove to Belize City to meet Saralyn Smith (M.Sc., Western University). After a cancelled flight and a frantic re-booking, we picked up Dave Blaine (M.A., Athabasca University) in Dangriga on Sunday, along with Belizean natural resource manager, Alson Ovando. You can learn all about our 2022 field team by visiting the “Project Members” tab.

Happy Sept 10 to our Belizean family, friends, and colleagues! Did you know there’s an archaeology project on St George’s Caye? You can learn more from this website: http://www.stgeorgescayebelize.org/archaeology-project.html
Check out posts all day @ianich_belize
SCRAP co-directors, Dr Meaghan and Dr Shawn, are back home in Canada until next season. Check out how their field research in Canada compares to SCRAP research in Belize by following @obaparky #scraparky #obaparky #belizehistory #albertahistory #archaeology
The last task before our foreign research-team members leave Belize is to submit a preliminary report to @ianich_belize , which includes copies of all our field notes, forms, drawings, and photos. Additional analysis is presented in our final report that is to be submitted to the IA before we receive a permit for the next field season #scraparky #belizehistory #stanncreekdistrict #archaeology 📝
BAS 2022 is over. Thank you to Ms Aurora Saqui @nuukcheilcottagesbelize for giving Meaghan a dress to wear for her presentation and represent the communities of Maya Mopan and Maya Centre. #scraparky #belizehistory #belizearchaeology
We’re at the Belize Archaeology Symposium! Come see our presentation at 11:05 am on Friday, when we’ll discuss the joys and frustrations of archaeology in the Stann Creek District! #scraparky #belizehistory #archaeology #stanncreekdistrict